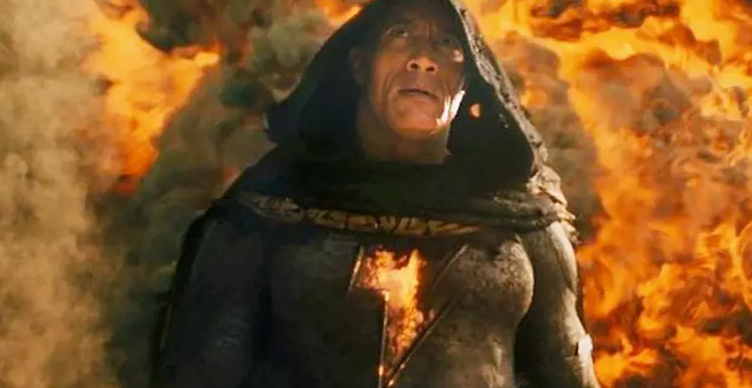 One of the strongest superheroes in the DC universe has come to know about Black Adam!

Warner Bros. has released Shazam! (2019) in April 2019. However, the film does not feature Shazam’s nemesis, namely Black Adam, as the main villain. Three years after the release of Shazam! , Black Adam will debut in the DC Extended Universe (DCEU) through his solo film that will enliven 2022.

Repeatedly delayed due to the pandemic, Black Adam is finally confirmed to be released on October 19, 2022. It is no secret that Black Adam is played by Dwayne Johnson, especially since the actor is quite active in promoting his own film projects. In addition to the main character, this film will also introduce many other new DCEU characters.

Well, ahead of the release of Black Adam, let’s get acquainted with the antihero character played by Dwayne Johnson! 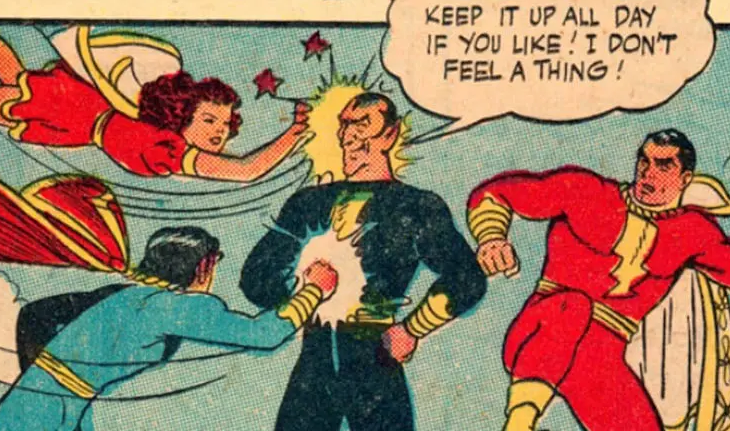 2. The first chosen character gets the power of Shazam, long before Billy Batson gets that power. 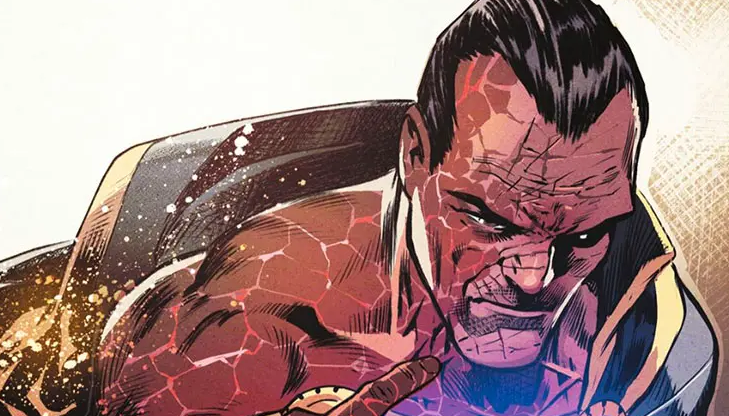 Teth-Adam was chosen by the ancient Egyptian wizard Shazam to be his successor. He was chosen because at that time he was considered to have pure morals. When Teth-Adam uttered the word “Shazam!”, he instantly transformed into Mighty Adam with incredible power. Unfortunately, Mighty Adam is ruled by an evil desire to rule the world.

In order to rule the world, Mighty Adam killed Pharaoh and took his throne. Enraged by the betrayal, Shazam changes Mighty Adam’s name to Black Adam and attempts to eliminate his powers. However, Shazam is unable to take away the power of Black Adam, so he decides to throw Black Adam to the farthest star in the universe.

3. It was told that he was dead, and Black Adam was resurrected by another of Shazam’s mortal enemies, namely Dr. Thaddeus Sivana. 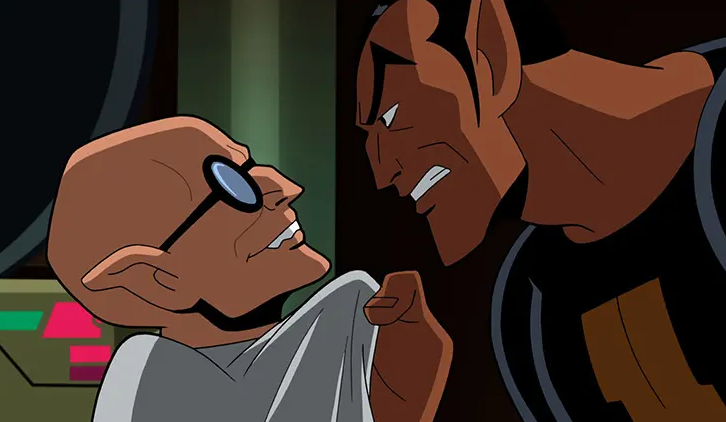 After being banished to the farthest star, Black Adam finally made it back to Earth 5,000 years later, in 1945 to be exact. Upon arriving on Earth, he was immediately defeated and killed by Billy Batson’s version of Shazam. But 30 years later, Shazam’s arch nemesis, Dr. Sivana, instead resurrected Black Adam with a machine. Once resurrected, the villain immediately destroys the machine that raised him.

4. Its power comes from the six Egyptian gods. 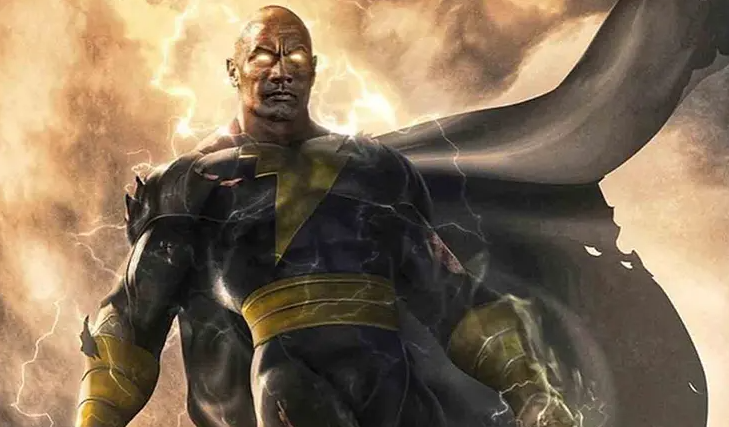 As mentioned in the previous point, Teth-Adam gains power when he says the word “Shazam!”. Turns out, the word “Shazam!” what Teth-Adam says does not refer to the name of the magician who gave him the power but is an abbreviation of the six Egyptian gods.

5. So strong, Black Adam is one of the characters who can fight Superman. 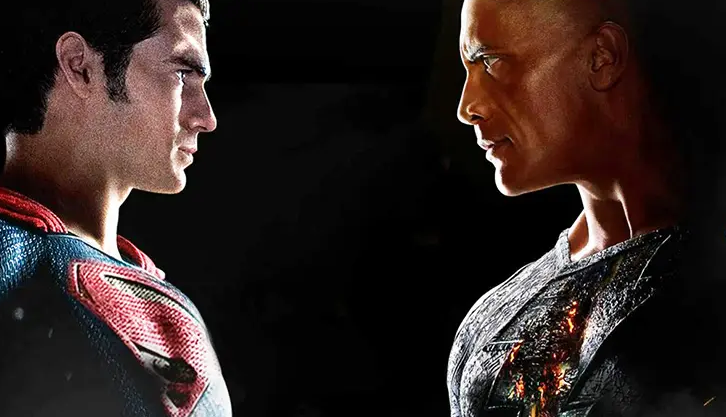 In addition to fighting Shazam, Black Adam has also faced Superman several times in the comics. In fact, he is one of the villains who can overwhelm Superman. In addition to having a strong physique, this character has magical powers which can be considered Superman’s weakness. Are you also looking forward to Henry Cavill’s version of the Black Adam vs Superman duel at the DCEU?

6. Known to be cruel, Black Adam was very much in love with his partner named Isis. 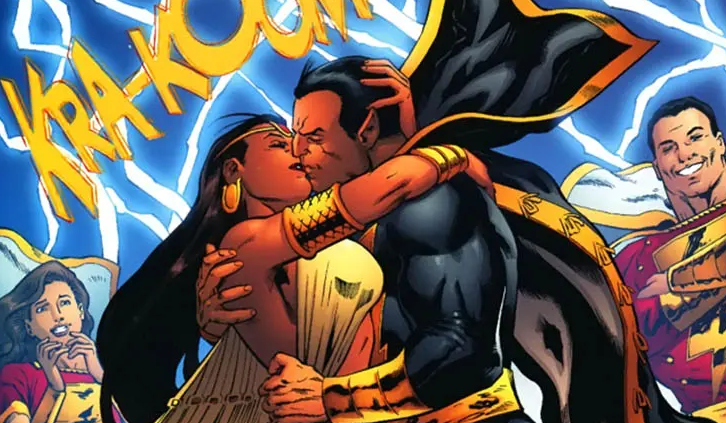 Black Adam does often make a mess and looks cruel in the comics. However, believe it or not, she turns out to be a person who really loves her partner, namely Isis or whose real name is Adrianna Tomaz. When he was with Isis, he could be a much gentler person.

Because of his love for Isis, Black Adam was furious when the Horsemen of the Apocalypse slaughtered his lover. Well, Adrianna Tomaz will certainly appear in the film Black Adam and be played by Sarah Shahi. Maybe we can see the romance of these two characters in the film later.

According to Johnson, the potential of Black Adam will be in vain if the character is immediately made the main villain in Shazam! The actor felt that Black Adam needed to find his own story before meeting Shazam.

Those are various facts about Black Adam, Shazam’s nemesis who got a solo film at the DCEU. Who can’t wait to see Dwayne Johnson’s appearance as the antihero on October 19, 2022? 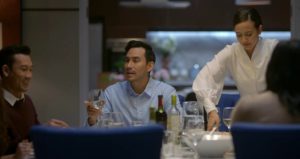